Guild watermarks only appear if one of the following is true:
a) It’s a gold card of both the guild’s colors.
b) It’s a monocolor card that either has a mana cylbol of another color on it or references another color or basic land type by name.
c) It uses the guild mechanic.
If neither a, b or c isn’t true no matter how synergistic it may be it doesn’t get a guild watermark. It was important to have firm lines otherwise it would become impossible to decide what did and what didn’t get a watermark.

The people complaining about the Orzhov mechanic are forgetting one thing about Debt: it adds up. The Orzhov are all about pinging you with little bits of debt here and there, little bills now and then, small enough you don't really register how quickly it piles up, until suddenly you realize you're farther behind than you thought. And then you become a debt slave, constantly working to pay off just enough to keep your head above the water. They will likely have much smaller creatures or an enchantment or two that have this mechanic, and while it's not flashy, that is exactly its strength. Unless you are wary, debt piles up. Unless you pay attention, you may awaken to suddenly find you belong to the Orzhov.

The first set in the Return to Ravnica block will be called "Return to Ravnica." It will specifically include these 5 Guilds, Azorius(U/W), Rakdos(B/R), Selesnya(G/W), Golgari(G/B), and Izzet(R/U). This set will include 2 planeswalkers and Jace has been confirmed as one of them.
The second set will be called "Gatecrash," and will feature these 5 guilds, Simic(G/U), Dimir(U/B), Boros(R/W), Orzhov(B/W), and Gruul(G/R). This set will also include 2 planeswalkers, and Gideon has been confirmed as one of them.
The first 2 blocks are designed so that each color will represented appropriately, meaning that all colors are repesented in two guilds in each set.
The third block still hasn't been released yet, and is still be called by it's codename "sinker." However it will feature cards from all 10 guilds.
Each Guildmaster will get a brand new Legendary Mythic card. This reduces the possibility of Niv Mizzet being a U/R planeswalker, especially since it was hinted the Gideon might be a Boros (W/R) Planeswalker. This also does not mean that each guild leader will be the same. Some have new ones. The Simic(G/U) guild will be led by a merfolk, and there previously were no merfolk in the last block. The reasons why were unspecified and would be revealed as the story is known in greater detail.
Prerelease is looking to be very interesting with Return to Ravnica and Gatecrash. On each one, you will choose a guild from one of the ones available in that particular set. You will then be givena box of goodies that will contain:

The Modern format is Wizards response to how inaccessible(using that exact word) the Legacy format can be. It was said how they are able to reprint all the cards as necessary for it, and how some of them might be seen in Return to Ravnica. 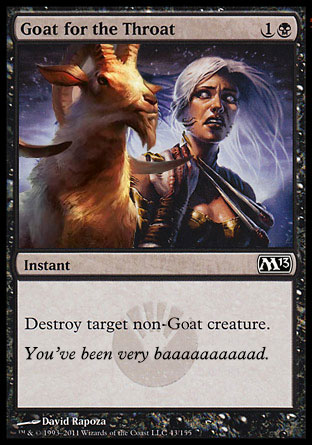